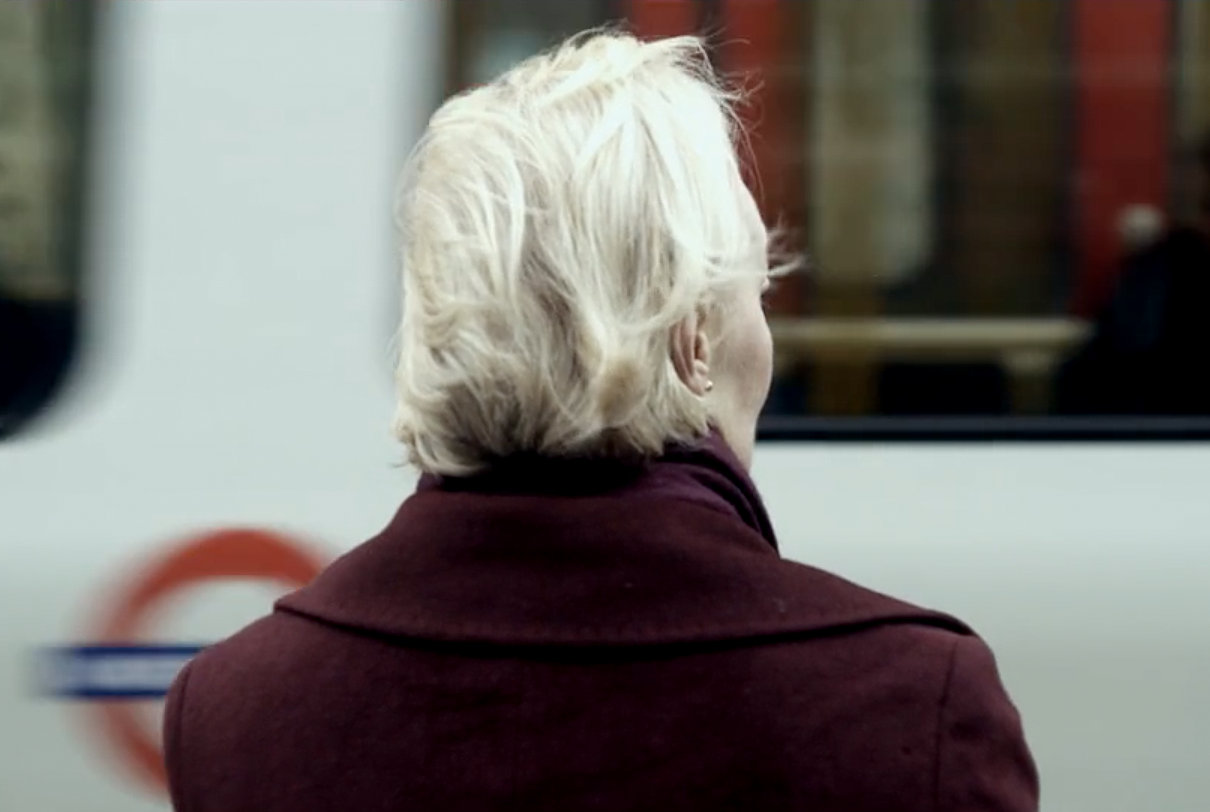 Margaret goes to the subway every dayand sits on the platform, just to hear the announcement recorded by her husband, actor Oswald Laurence, in the 1970s.

Oscar’s clear compelling voice was heard by millions of people at many stations on the Northern Line. But in the early 2000s, the minimalist announcement to “mind the gap” was deemed an insufficient warning — What was the gap? Where was it? — and re-recorded as “please mind the gap between the train and the platform”. So, after Oscar died in 2001, and his announcement at Embankment Station — the last station to play the recording — was replaced in November 2012 by a new one, his widow Margaret McCollum wrote to London Underground, asking if they had a recording of the announcement. She explained that she would go to the station if she was travelling that way, to hear her husband’s voice. “Knowing that I could go and listen to his voice was simply wonderful. It was a great comfort. I would go and sit on the platform, and sometimes miss a couple of trains just so I could hear it.”

Moved by that story, London Undergroundnot only sent Margaret a copy of the recording on a CD, but also decided to reinstate Oscar’s announcement at Embankment station. So now if you stand on the northbound platform of the Northern Line at the station, where MIND THE GAP is painted at intervals on the platforms edge, it is an eerie experience hearing Mr Laurence remind people in his precise authoritative voice, not once but three times, as trains rush into the platform and come to a rest, to “mind the gap”.

The story was told by Luke Flanaganthrough a touching short movie, starring an intense Eileen Nicholas in the role of Margaret.