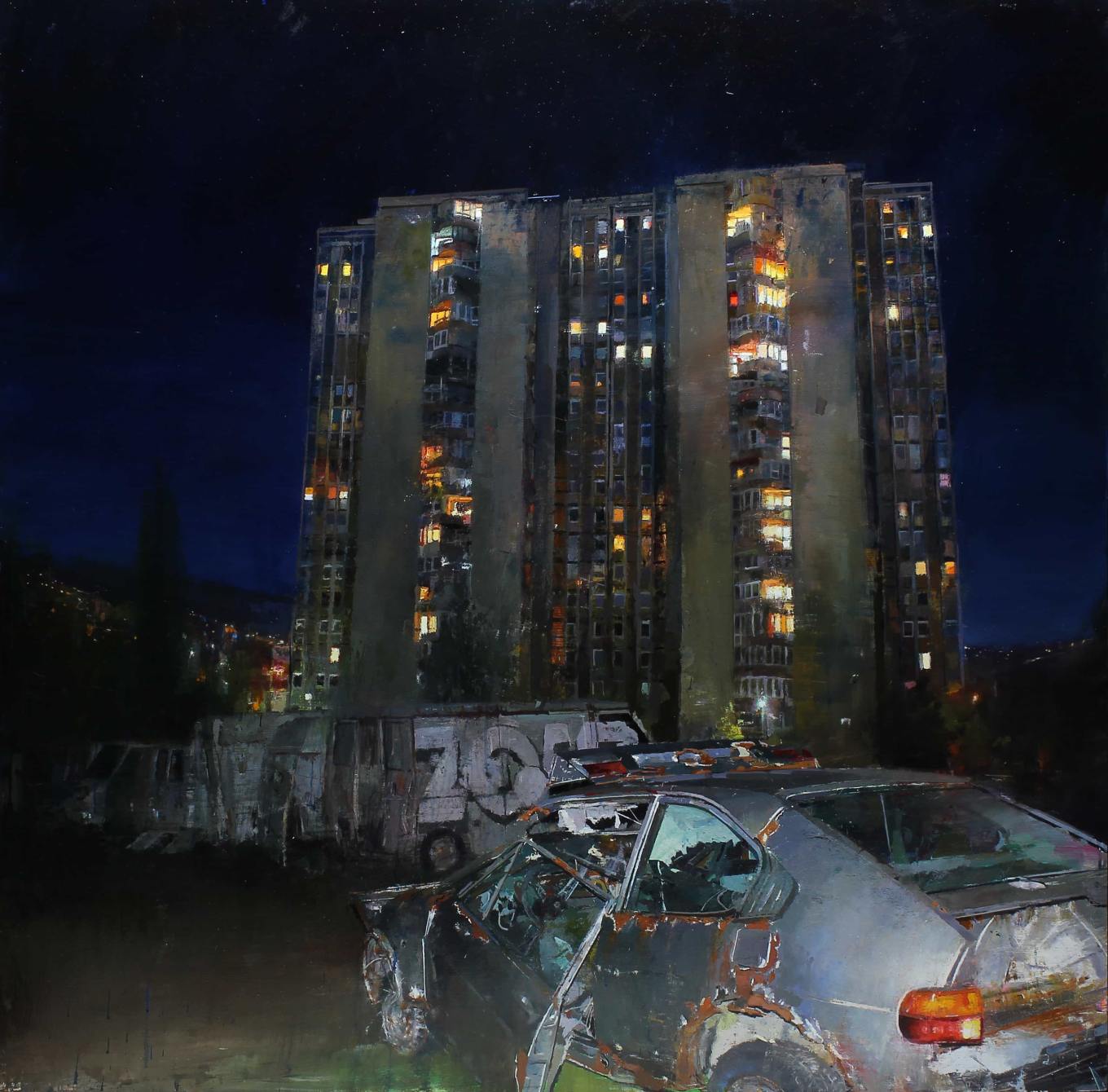 Sebastián Velasco really loves old cars and the play of light and shadow on the crumbling walls of the suburbs. As an acute and dutiful urban documentarian, he is so good at telling this kind of environment that sometimes it is rather difficult to distinguish one of his paintings from a photo of one of his murals. In fact, besides his work at the studio, he has kept up an intensive activity as a street artist, creating urban wall paintings in different cities in Spain, United Kingdom or Germany.

“Sebas” knows the surface of cement and asphalt. The damp smell of the ground and the noises coming from the hallways of the buildings, in his works, become palpable. Everything always wrapped in a dreamlike aura that gives magic to every composition. On the occasion of his special States of Transition exhibition at the Consulado del Mar building, in Burgos, Spain, the artist focused on the relationship between past and present day, by documenting the slowly decaying blocks of residential apartments and locally-recognized cars of transitional countries in Eastern Europe. 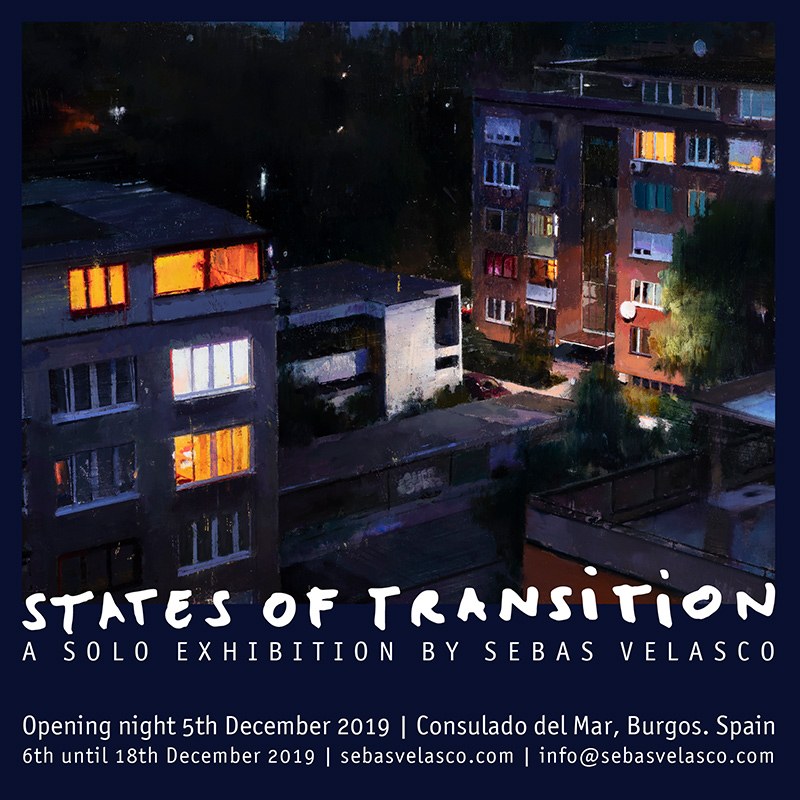 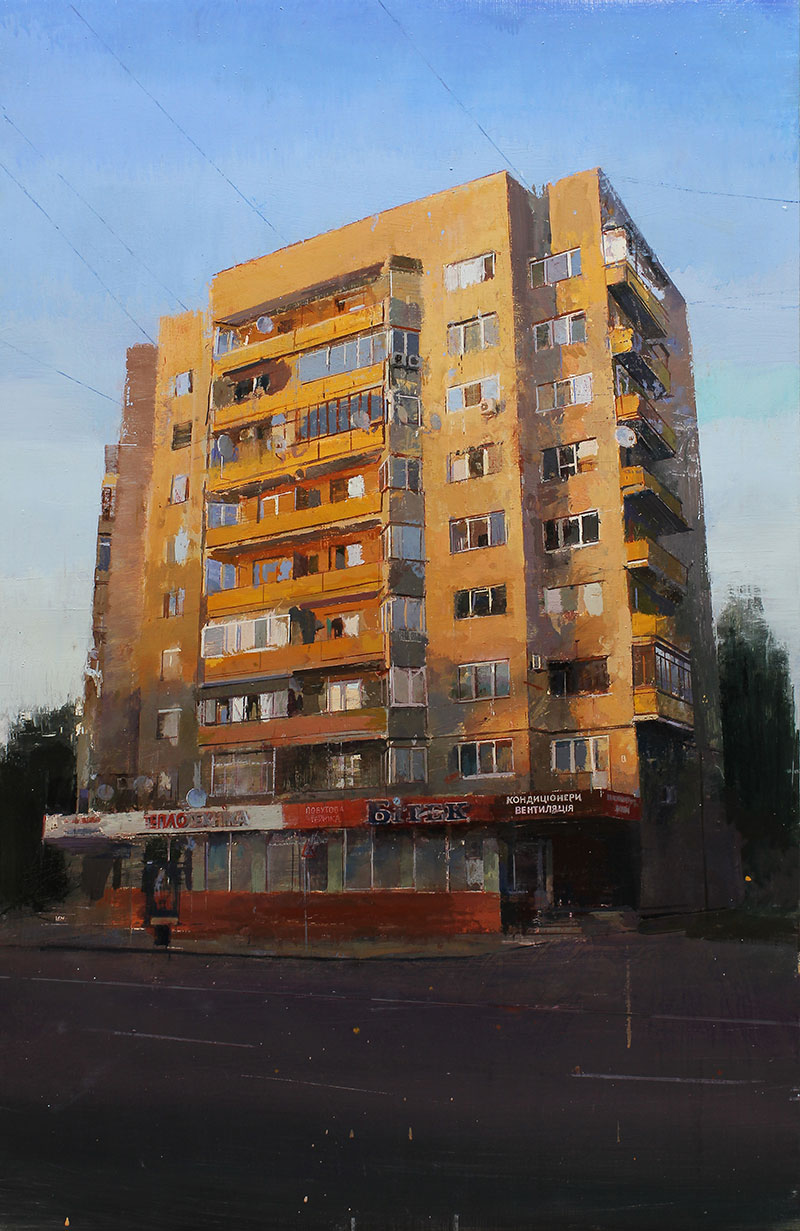 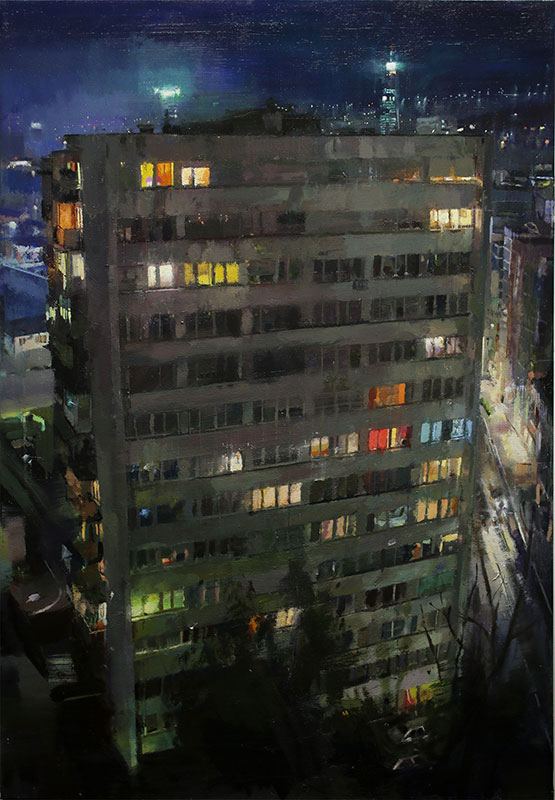