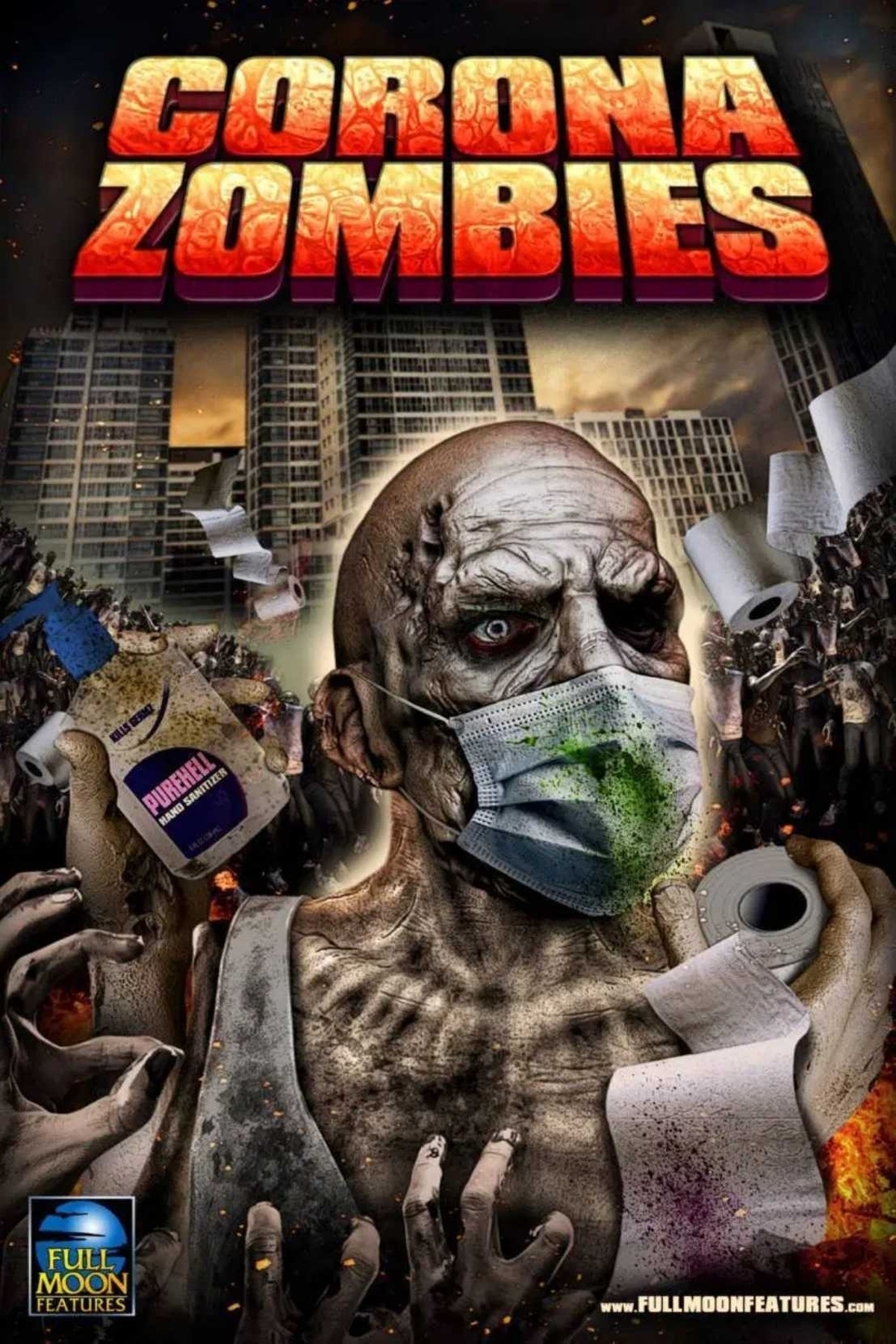 It’s just a crazy movie, but perhaps for this very reason not totally unrelated to the reality of our time, increasingly far from free will and proudly at the mercy of a thought suggested by third parties, to take on their appearance and language as if it’s their own — even when contradictions are revealed in a rather embarrassing way. Recently, there are cartoons on the internet in which nurses are talking about the last words of the corpse next to them, which would have been “It’s all hoax”. Now, with an eye to Corona Zombies, we could deduce that the words of those who “survived”, in addition to “face mask”, “social distancing” or “hand sanitizer”, could probably be “It’s all conspiracy theories”, who knows?

Coming back to the movie, it only has one actor, Cody Renee Cameron, playing an airhead named Barbie, who watches the news. The anchor describes the symptoms of the virus, and then immediately cuts away to breaking news about how the virus has definitely turned waves of people into zombies. But a zombie taskforce is put together to murder them. They stop off along the way to catch a toilet roll hoarder. There are many cracks about maintaining a six-foot distance. “This is for not washing your hands!” a character screams as he offloads the contents of a machine gun into a swarm of zombies. During one of the most exploitative scenes, where a young woman’s naked breasts are splattered with blood from a nearby zombie disembowelment, a news reporter gravely implies that none of this would have happened if everyone had observed social distancing.

Directed by Charles Band, and made up of redubbed footage from two old zombie B-movies, Hell of the Living Dead and Zombies vs Strippers, Corona Zombies is only an hour long, and you can only watch it by subscribing to the Full Moon Features streaming service.

Probably, in the future, everyone will make a coronavirus movie, and right now this is not the only one. Mostafa Keshvari has explored the theme through his Corona — also known as Corona: Fear is a Virus —, a Canadian thriller drama film about a group of people stuck in an elevator during the pandemic. The film was made in part to address xenophobia and racism related to the Covid-19 pandemic.