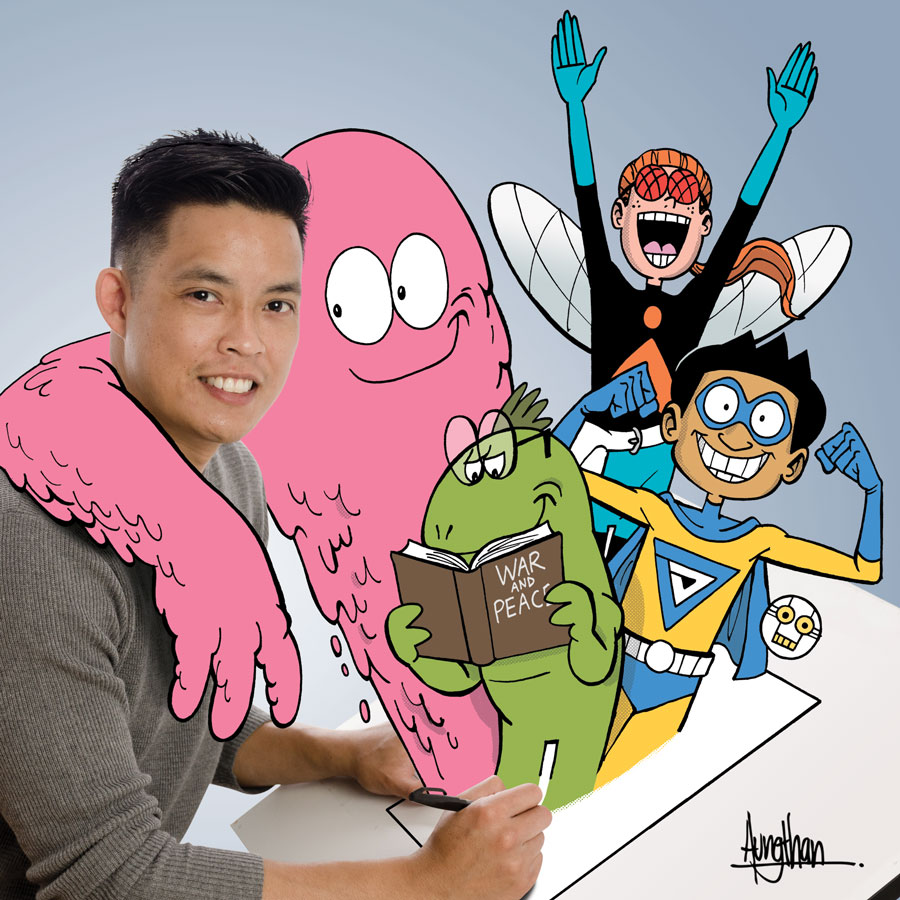 After working in the corporate graphic design industry for 8 years, Gavin Aung Than quit his unfulfilling job and sold his house to follow his true passion: drawing comics. He launched Zen Pencils at the start of 2012, a cartoon blog which adapts inspirational quotes into comic stories, and hasn’t looked back since. Gavin is a New York Times bestselling cartoonist, and his Zen Pencils has been featured by The Washington Post, National Geographic, Slate, Buzzfeed, Gawker, Brain Pickings, was named one of the Internet’s top 100 websites in 2013 by PCMag and has been collected into four books.

His current project Super Sidekicks is a fun-filled action adventure middle grade series that pays homage to the superhero comics Gavin loved as a kid. Books 1-3 in the series are now available in Australia and New Zealand. Book 1 is currently out in the UK. The series debuts in the US (from Random House Children’s Books) in November 2020.