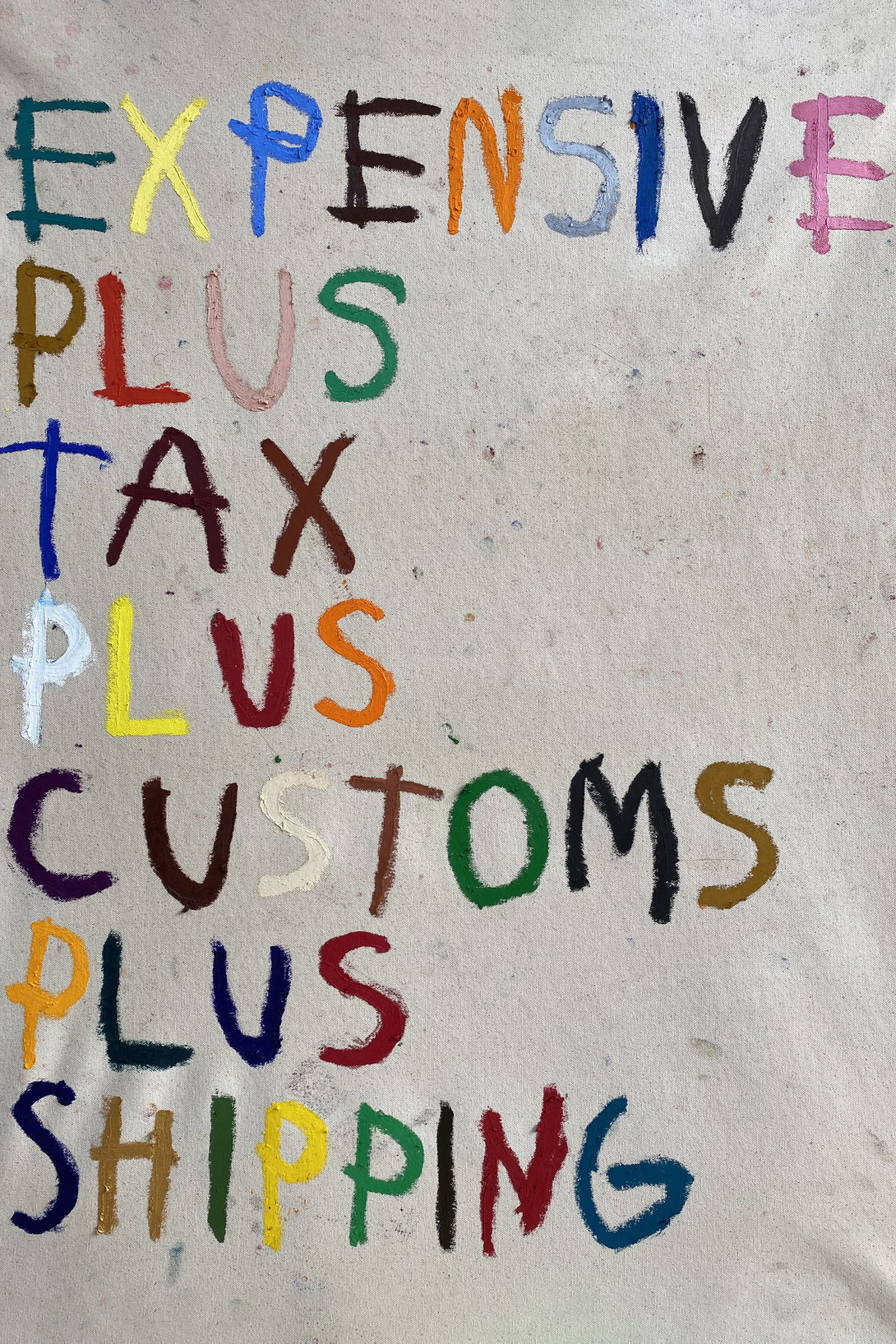 Texture, movement, scale, color, straightforwardness, wittiness, ingenuity, simplicity. These are the CB Hoyo’s real tools. The arbitrary spacing, punctuation, and a sloppy calligraphy emphasize the significance of the words rather than the visual aspect of the compositions. How exactly they were painted seems irrelevant, it is their real repercussion what counts. Without placing complete focus on the formal execution of the texts themselves, and by subverting our linguistic expectations, these canvases are an extension of life.

CB’s paintings, executed upon the surface of the canvas with electrifying mastery, confront the viewer with the full force of his visual imagery and unique artistic signature. His text-based works are complemented by virtuosity in execution and give us insight into an ingenious and original mind.

CB counterfeits the works of artists such as Henri Matisse, Pablo Picasso, Vincent van Gogh, Leonardo da Vinci, Gustav Klimt, Andy Warhol, Banksy, Jean-Michel Basquiat, Mark Rothko, and enhances his fakes with the inherent power of text, constructing a relationship between the painting itself and the messages of his playful and provocative phrases.

Born in 1995, in Havana, Cuba, CB Hoyo is a self-taught artist whose career has been on a steady rise since 2017. After his massive success on Instagram, he is continuously in the public eye with important worldwide exhibitions. “My works are a reflection on modern society, surrounded by fiction and characterized by the value assigned to things, news or works, precisely, fake. Today it is difficult to distinguish what is fake from what is true, through my works I want to invite people to make this reflection,” he said to Forbes in 2018.

One thought on “Fake and Corny” Leave a comment ›