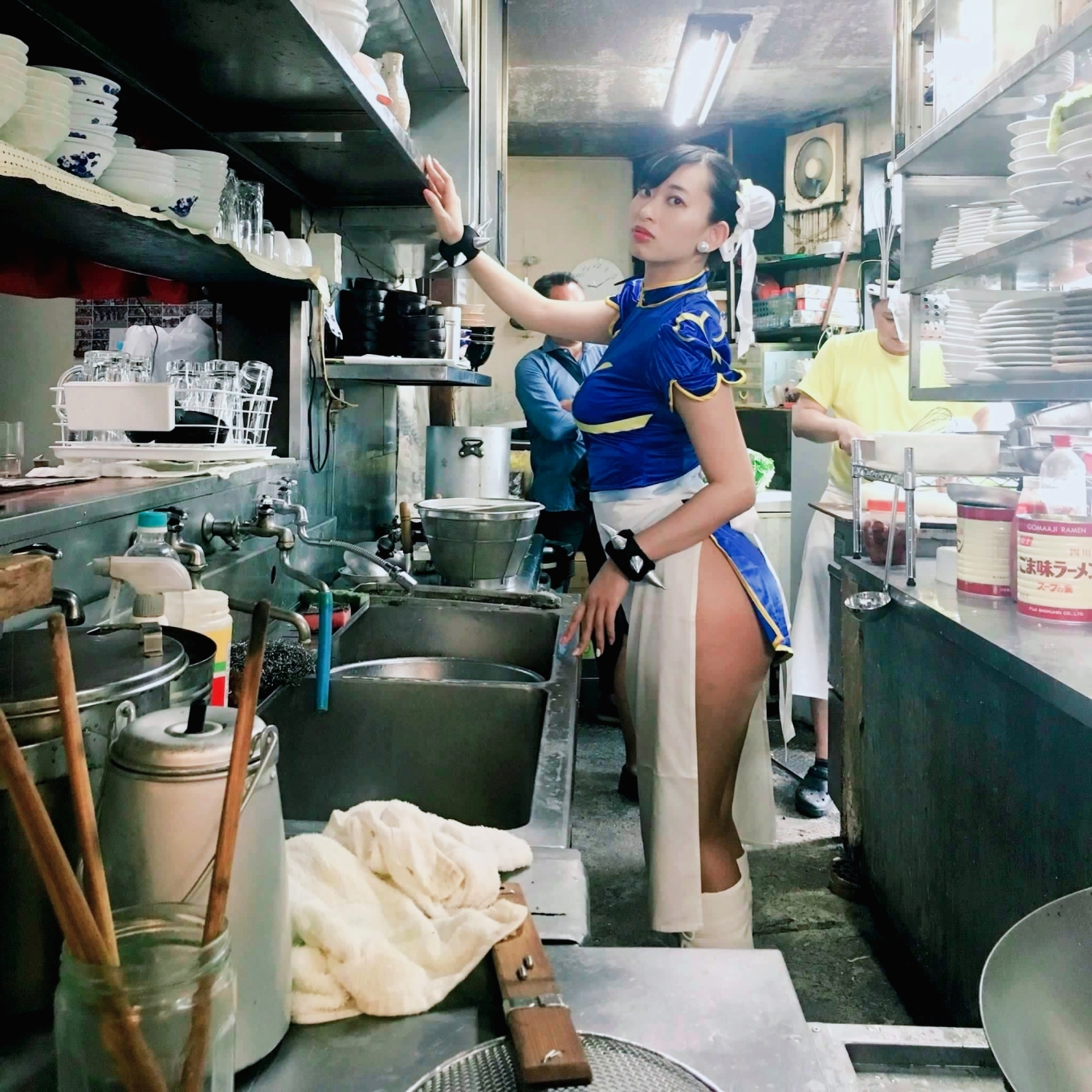 Officially, she’s a Chinese Interpol detective, a powerful martial artist, and the main female protagonist of the Street Fighter video game series. Her name is Chun-Li, and she is one of the major lead characters alongside Ryu and Ken.

In 2018, Red Bull thought to send her undercover into a Chinese restaurant in Japan, in the likeness of the gravure idol, tarento and actress, Yuka Kuramochi. Of course, the story, documented by photographer Maruo Kono, was originally created by the editorial department and has nothing to do with the actual game.