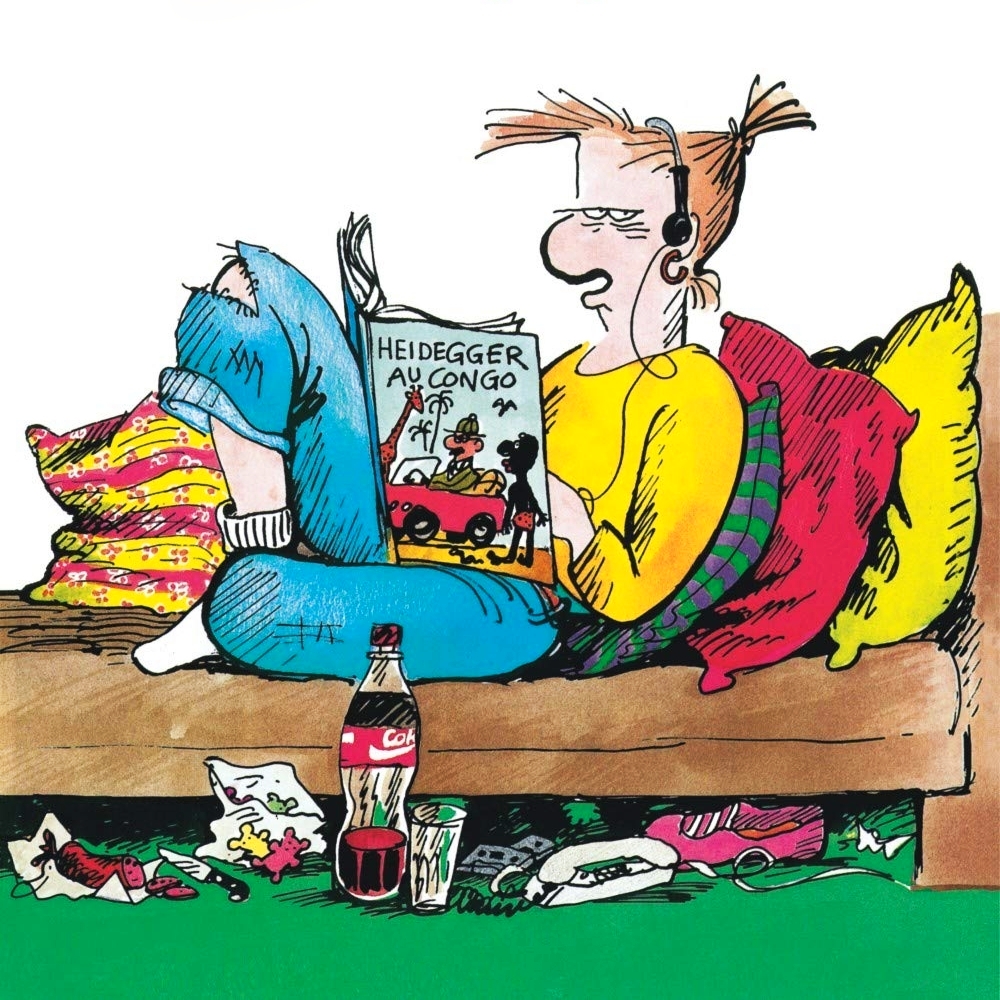 When Claire Bretécher died, in February 10, 2020, one of the foremost socio-satirical French cartoonists of her generation passed away. Her sharp and subtle observations of the prosperous, urban female of the 1970s and 1980s made her world famous, as her work was also published in most of the other European countries and the USA. Claire was a pioneer in many ways. During the 1960s, she was the first female comic artist with a prominent spot in several Franco-Belgian comics magazines. Humorous series like Baratine et Molgaga for Record, Hector for Tintin and Les Gnangnan and Les Naufragé for Spirou already hinted at the irony and humor of her later work. She was also at the vanguard of a new wave of adult-oriented comics with her contributions to Pilote and as co-founder of the satirical magazine L’Écho des Savanes.

Claire was furthermore one of the first comic artists who ventured into self-publishing, with much success. But most of all, she was the first satirist who meticulously and subtly captured the behavior and conversations of both the adult and adolescent female in her two signature series Les Frustrés — 1973-1981 — and Agrippine —1988-2009 —, all in her trademark loose and sketchy trait.

Claire was born in 1940, in Nantes, into a middle-class Catholic family as daughter of a jurist and a housewife. Her father was a violent man, and her mother always stimulated her daughter to pursue autonomy and independence. She took these life lessons to heart throughout her career. As a child, she read magazines for girls, like La Semaine de Suzette, but also the comics magazines Tintin and Spirou. Drawing her own comics since childhood, she however dropped this generally considered inferior art form while studying at the Academy of Fine Arts in Nantes, where abstract art was the norm. After her education, she settled in the Parisian Montmartre neighborhood around 1959.

Claire worked as a babysitter and as a high school drawing teacher, but desired a career working for the press. She saw her first drawings published in Le Pèlerin magazine, and then contributed illustrations more frequently to the magazines of Bayard Presse. By the second half of the 1960s she also worked for the publishers Larousse and Hachette, and for advertisers. While her early graphical inspirations were Franco-Belgian authors such as Hergé, André Franquin and Will, the sketchy linework of her later, more satirical comics revealed the influences of Brant Parker and Johnny Hart’s Wizard of Id, Charles M. Schulz’s Peanuts and the socio-satirical work of Jules Feiffer and James Thurber.